Castillitos: an abandoned medieval style Artillery Battery over the sea

Castillitos Artillery battery is located in Cabo Tiñoso, about 20 minutes from Puerto de Mazarrón, in a strategic location that allowed it to control and defend the entire bay of Cartagena and, today, allows us to enjoy breathtaking views over all the natural area of the Sierra de la Muela, Cabo Tiñoso and Roldán and its coast, where the Cabo Tiñoso Marine Reserve is located.

This military fortification was projected within the Primo de Rivera Defense Plan and finally built between 1933 and 1936.

The buildings of the fortification are built recreating a medieval style, hence it is popularly known as Castillitos since the aesthetics and its crenellated towers remind of a medieval castle. It is built with materials of color and texture that allow it to blend in with its surroundings, in addition to being embedded in the mountain, which makes it quite difficult to recognize from afar, especially from the sea. A clear strategic advantage when talking about a military base.

In order to defend the Cartagena coastline, it was equipped with two 38’1 Vickers guns, model 1926, manufactured in Sheffield (England). Two cannons of enormous dimensions that are still in quite good condition. These cannons could fire a projectile of almost one ton (about 885 kg of steel) up to 35 km away. As an interesting fact, the only time they were fired in military combat was in 1937, just after the beginning of the civil war. While Cartagena’s navy was still under the command of the Republic, they dissuaded the attack of three cruisers of the nationalist side that were intimidated by the power of the defensive armament.

The military base was abandoned by the Armed Forces in 1994. In 1997 it was declared a Cultural Interest Heritage and in 2009 was restored for the enjoyment of all visitors.

What to do in Castillitos?

The battery of Castillitos can be visited for free. Since it is outdoors, is open to any visitor at any time.

You can walk around the fortification enjoying the spectacular views over the sea and the bay of Cartagena, a place surrounded by mountains, cliffs and small coves until your eyes reach the city with its large port. On the sea, in front of Cabo Tiñoso, there are usually large cargo ships waiting their turn to enter the port of Cartagena.

In the esplanade are the two large canyons, recently restored and easily accessible to visitors. Taking pictures with these spectacular guns is one of the main attractions. In spite of being obsolete weapons at present, they continue impressing visitors given their size and their particular surrounding.

You can also access the interior of the buildings and constructions (be careful, some of them are ruins) and wander through their corridors and rooms, as well as access the watchtowers and observe the views that whoever was in charge of watching the coast had a few years ago. You can have a good time exploring around and discovering interesting places. For example, there are some stairs that go down through a tunnel in the mountain to a guard post in the middle of the cliff.

Advancing a little towards the end of the cape, at about 700 meters, you will find the Batería del Jorel, also equipped with three cannons in quite a good state of conservation which, although they are smaller than those of Castillitos, are equally interesting to visit and enjoy the views over the Mediterranean.

A lot of hiking trails around

If you like to walk or want to take a longer excursion, you can take one of the trails in the area and explore the surrounding natural area and even get to a hidden small beach, such as Cala Salitrona.

The sunsets from the top of Cabo Tiñoso, in Castillitos, are also beautiful, it is worth it if you are there to stop a little longer to contemplate them.

If you are planning to spend the day, I would recommend you to bring food and water, as there are not any kind of services in the area.

How to get there

Go to Campillo de Adentro (next to the Azohía), cross the village without leaving the main street, pass a small bridge over a rambla and start the 15 minutes road up to the mountain. You have to drive carefully as there are usually some vehicles going up or down, as well as cyclists and walkers and the road is quite narrow at some points. The views along the way are also very beautiful. There is a small parking spot just 100 meters from the battery. 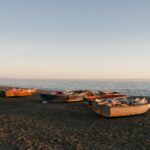 The Mediterranean lifestyle: much more than just a diet. 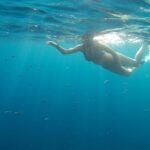